Chelsea Johnson Mixed By The Scientist

About Chelsea Johnson Mixed By The Scientist

A Soul-Sister fueled by Rock 'n' Roll, Chelsea DE Johnson is an integral voice for female empowerment. Bursting from the depths of East Vancouver, dubbed 'The Voice' by the late, great, Zaccheus Jackson, Chelsea brings healing lyrical content and raw vocal power to every performance. Here she recalls meeting her father at the age of 14, who was raised in Inglewood, California. While living with her Mother, who is a German/French/East Coast blend. The parallels between the two families and meeting her 'Sisters' in her early 20s. 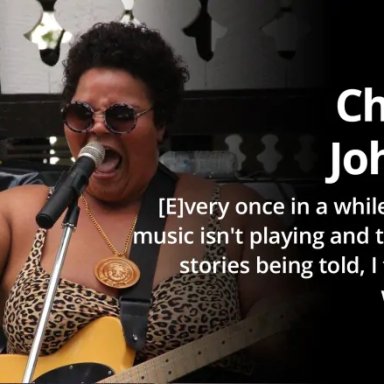 album: chelsea-johnson Mixes By The Scientist